John Beresford grew up in Nottingham, England, moving to Manchester at the age of 18 to study Biochemistry. It seemed only logical for his next move to be into the Computing industry, where he spent the next 38 years writing code, designs, test plans, complex and scalable architectures and pretty much anything else that wasn’t fiction.

But stories always had a hold on his heart. The buzz – when a childhood tale of his made the English class screw up their faces in horror – never left him. In 2006, a watershed year in many ways, he woke up and decided it was time for a change of direction. His first novel War of Nutrition, written in his spare time, was published six years later. 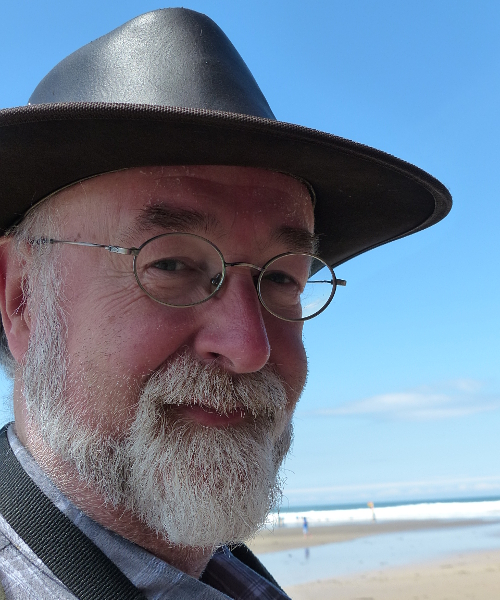 John still lives in Manchester with his (very patient and understanding) wife Nikki, and Hobo the cat. He writes full-time, dividing his days into writing, plotting, and watching movies. He claims this last activity is for research purposes but really it’s just because he likes watching movies.

He is currently working on the final volume in his science fiction/fantasy cross-over trilogy The Berikatanyan Chronicles. After that, it’s anyone’s guess. There’s this one story that’s been waiting to be written for almost twenty years, but there again he has these other characters in his head that just won’t shut up. Maybe they should be taken out for another spin? What do you think?

‘Is this supposed to help? Christ, you’ve heard it a hundred times. You know the story almost as well as I do, and it’s my story!’ ‘Yeah, but right now it only has a middle. You can’t remember how it begins, and no-one knows how it ends.’
- John Beresford