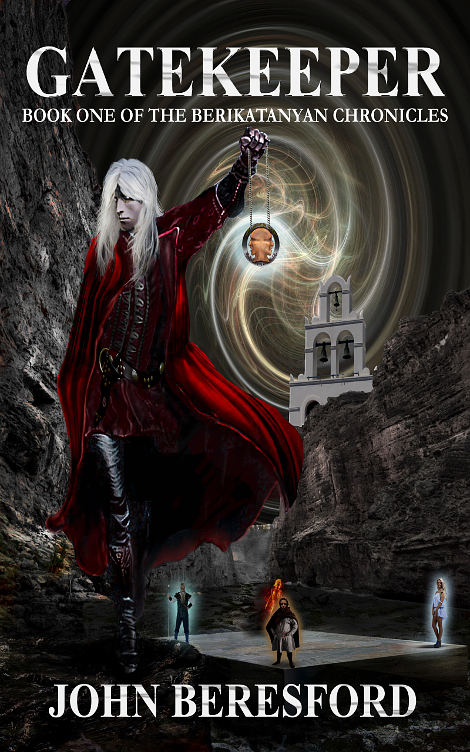 An ancient evil. An Elemental in exile. Can he unlock his powers in time to save his life?

Jann Argent can’t remember how he came to be standing next to a dead body, but the convicts’ Tournament presents a chance to win his freedom. The “freedom” on offer is exile to humanity’s first colony planet. On the interstellar voyage he meets a motley bunch of fellow travellers. Two of them share his problem with amnesia. What causes the violent storm that besets their ship on arrival? And after a journey to the most distant place humanity has yet reached, how can his destination seem so familiar?

GATEKEEPER, the first book of The Berikatanyan Chronicles trilogy, is a science fiction / fantasy crossover. If you adore space-faring tales of alien worlds, and the mystical, magical stories of Stephen Donaldson, Tanith Lee and Marion Zimmer Bradley, check out John Beresford’s epic story of ordinary people fulfilling unexpected destinies in the face of extraordinary challenges.

The final volume of The Berikatanyan Chronicles is in progress right now!

Magic is a common theme in folklore tales. I became fascinated by the idea that it’s a form of energy that can only exist on young planets, and among primitive, pre-industrial societies. Once a world discovers science and elements of physics, electronics, and computing begin to permeate society, then the more traditional elements of Air, Fire, etc, are relegated to small pockets of exotic, shunned, derided proponents, if not doomed altogether.
What then would happen if Earth’s first attempt at planetary colonisation happened upon just such a young, primitive world where magic not only still exists, but is a fundamental part of that other-worldly society?