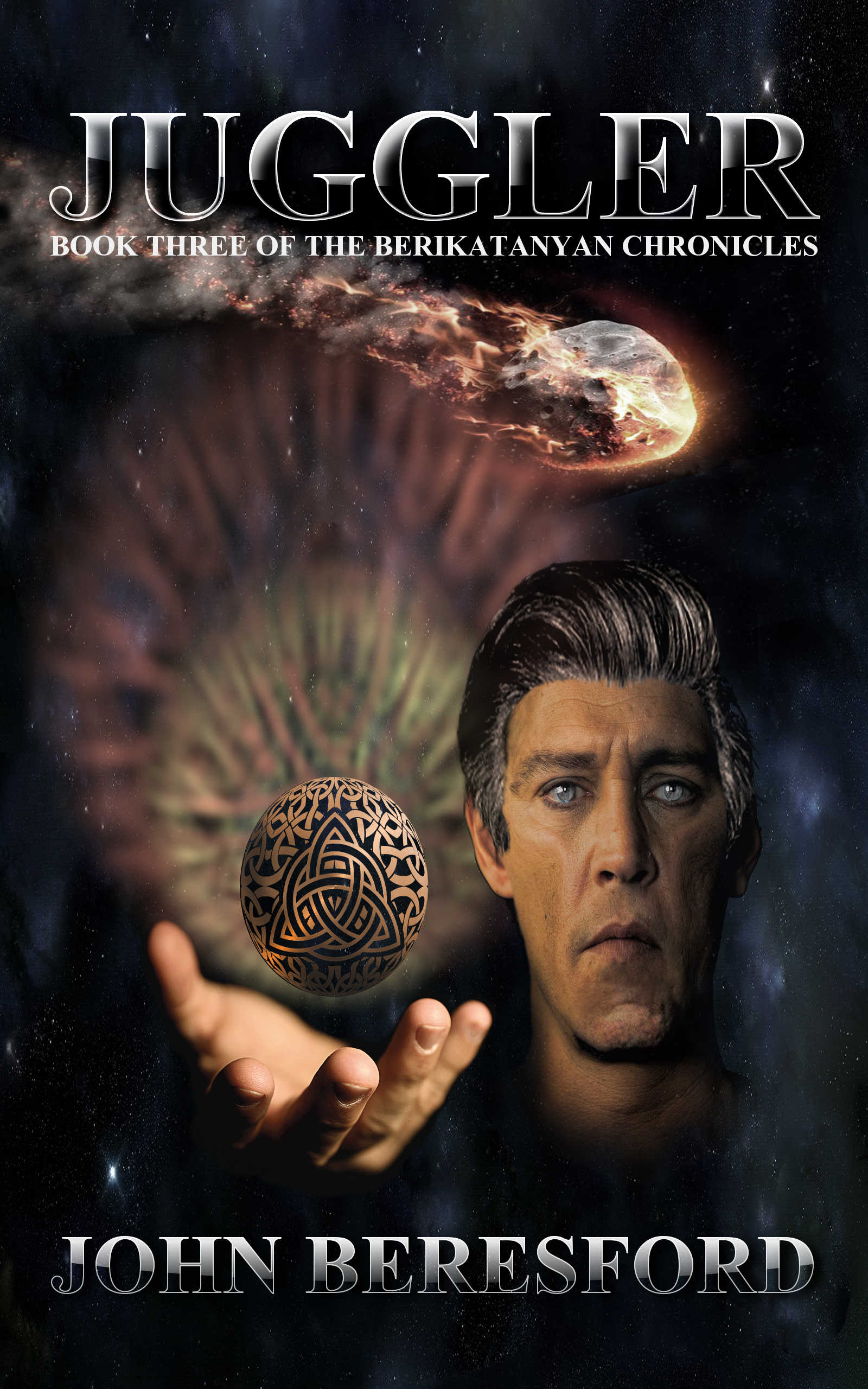 An Element to surpass all others. The one with the power to wield it. Can he overcome his fears in time to save the world from imminent doom?

The Pattern Juggler has inherited a formidable power. It can create, and just as easily destroy. He has the lore book of his father, but key parts of it remain impenetrable.

On the day of the new Water Wizard’s inauguration ceremony, an injured stranger interrupts proceedings. He babbles an incoherent story about impending doom. Can it be true? How does the young man know what is to come? And if the Elementals can confirm his story, will the Juggler be able to confront his darkest fear? Can he unlock the last mysteries of his lore and overcome the deadliest challenge of all?

Juggler is the final volume in John Beresford’s Science Fiction / Fantasy crossover trilogy The Berikatanyan Chronicles, where colonists from Earth join forces with the indigenous population to battle with nameless terrors from the Void.

[SPOILER ALERT!] Having introduced second-tier Elemental powers in Water Wizard, I wanted to focus on the power of the Pattern Juggler – the third tier Element – in this final volume of the trilogy. Patrick Glass has shied away from this terrible power up ’til now, but with everyone on the planet of Berikatanya facing certain destruction, he has nowhere left to run.