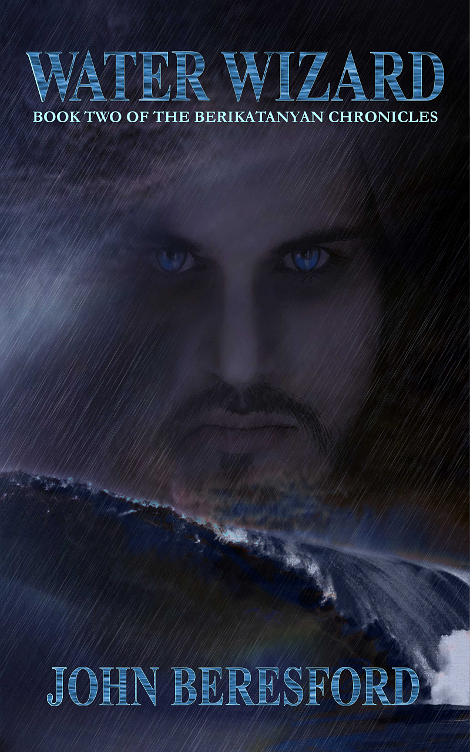 It’s raining on Berikatanya. During the day. That hasn’t happened for three hundred years.

Stripped of its time displacement before the Battle of Lembaca Ana, the Valley is once again the subject of dispute. Confrontation between the great houses is disrupted by a daytime rainstorm – unheard of since the creation of the malamajan centuries ago. Suspicion falls on the Elementals, especially Lautan, who has not been seen since the battle. Meanwhile, millions of kilometres out in space, the last Prism ship is preparing to make planetfall.

Where is Lautan, and why can’t he stop the freakish rainstorms? Can Patrick rediscover his father’s lore and unlock the secrets of the Pattern Juggler in time to help? Or will civilisation be submerged under the influence of the malevolent new Water Wizard?

The Elementals continue their adventures in the second instalment of John Beresford’s SF/Fantasy crossover, The Berikatanyan Chronicles. Primordial forces spin out of control in this tale of magic, mystery, and mayhem that will appeal to lovers of Thomas Covenant, Merlin, and Allanon.

The final volume of The Berikatanyan Chronicles is in progress right now!

The idea to extend the story of the world I created for Gatekeeper into a trilogy only occurred to me in the final few paragraphs of that book. But with another Prism ship expected, and [SPOILER ALERT!] Jann having taken off over the northern mountains in search of answers to his most personal questions, I knew there was plenty of scope. I also wanted to continue to explore the idea – barely hinted at in Gatekeeper – that there is a genetic link with the ability to wield Elemental power. All those elements (pun only half intended!) come together in this second volume of the series.