Having established that I’m a Plotter, how do I go about it?

Hacking your way through the jungle of plotting methods can be a struggle. A search on “how to plot a novel” will throw up several options. OK, “several” may be an understatement. I did that search just now and had almost 650 MILLION hits. From famous approaches like Snowflake, Save The Cat (which likes to call itself “The World’s #1 Storytelling Method), and John Truby’s 22 Steps to more esoteric home-grown methods, there are almost as many choices as there are writers. Some are more suited to screenplays than novels, some are available as books, or videos, many are supported by software tools and useful collateral such as beat sheets, character fact sheets, and checklists. With so many to choose from, there will be a method out there for you. And if there isn’t one that’s a perfect fit for your writing style, you’re always free to pick the best bits out of several and munge them together into Your Very Own Method, which is what I did, over time…

My Very Own Method

I started off with Snowflake. I liked the way it forces you to start out with the idea of your whole novel, encapsulated in a single sentence, and then break that down into ever greater levels of detail, which the graphic above attempts to illustrate, cleverly ending up looking like a snowflake. It really helps, later in the process, to have these short, snappy descriptions of the book which can do double duty in blurbs and back covers. One of the longer versions (Step 9 if you still use it, or slightly earlier) can also provide the majority of what you need for a detailed synopsis, should you wish to go down the “agent submissions” route.

At slightly further than halfway through the traditional Snowflake process, I start to diverge. Once I have a 4-page story outline (step 6) and a series of characters (step 7), I set off to create two sets of scenes.

A series of bite-sized chunks of story, each of which moves the main plot forward. The size of each scene, whether that’s in terms of the number of words that will need to be written, the elapsed time, or how much of the plot is covered, is up to you. I favour small scenes, with anything up to eight per chapter. I know a lot of writers prefer a single scene per chapter. I tend to go for a scene size that I can write in one session, because it takes time to get all the information into my head and once it’s there I want to get it done in one sitting.

The most recent example – book #3 of my fantasy trilogy The Berikatanyan Chronicles – had 78 plot scenes at the end of this phase. 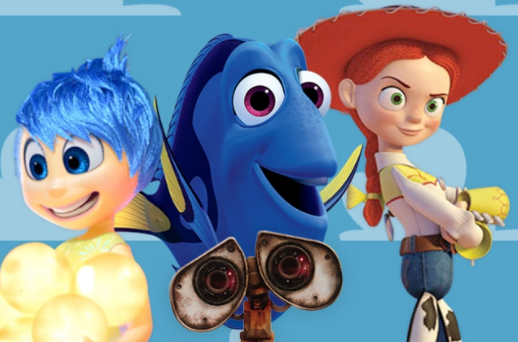 So for the character scenes I take these arcs and break them down in the same way I did for the plot. For Book #3 I had twelve characters I’d inherited from the first two books, one of whom is the main protagonist here, plus three new characters, giving me 109 character scenes in total, with the MP having most (15) all the way down to two minor characters with three each.

Those of you who are still awake may have thought “but doesn’t some of the character action also move the plot forward?” Take a bonus point! Yes, of course, it does. So having assembled that long list of scenes, my next task is to trawl through them looking for overlap, and noting that in plot scene A, character B must do C, folding those scenes into a single combined scene description covering everything it needs to. I started this trawl for book #3 with those 187 scenes, and finished up, after removing duplicates, with 158.

There is, obviously, a natural duration for each of these scenes. Some events, such as the disasters, may have a fixed point in time around which other events need to flex. Beyond that, my characters spend a fair bit of time travelling around. Unless something magic happens (which in a fantasy book isn’t beyond the realms of possible), travel time has to be accounted for. So having whittled down my list of scenes to its smallest number the next stage is to plug these into a timeline. I’m currently using Aeon Timeline for this, which is a great tool.

It’s only drawback, until recently, was the lack of integration with other tools, so having created all my scenes in Scrivener I recreate them manually in AT. Synchronising automatically between the two is now allegedly possible, but it’s a fairly new innovation and has caused problems for some writers, so I decided to avoid being sucked into yet another time sink and stuck with the manual method. For my next project I intend checking out Plottr, which (again, allegedly) gracefully combines the drafting and organising elements of Scrivener with the timelining abilities of AT.

With a fixed set of scenes laid out in a credible timeline, the final step is to divide them up into chapters. It’s no secret that books about which readers say “I couldn’t put it down” will end each chapter on some kind of cliffhanger, so there may be a bit of juggling the scene order, or the chapter divisions, to make it more difficult for the reader to stop reading at chapter end. Once that’s done, the plotting is finally finished and I’m ready to start the “real” writing.

It is sometimes said there are two kinds of people in the world: those who divide people into two kinds, and those who don’t.

OK that’s a bit tongue-in-cheek, but when it comes to writers most would agree that there really are two kinds: plotters, and pantsers.

Plotters like to know where they’re going. They might have an innate fear of taking a wrong turn – often referred to as “writing themselves into a corner” – but really this just translates into a worry about wasted writing time. Having to go back and undo something, change large chunks of text or, at worst, start over.

Plotters also like structure. In the same way their work has structure, so too – usually – does their writing process. Whether you use Snowflake, 3- or 4-act structures, Save The Cat, or go the whole hog (too many animal metaphors!) and walk John Truby’s 22 steps, there are many tools out there to help you plot. But before ever setting pen to paper (aka finger to keyboard) your average plotter needs to know the whole story. What happens, beginning to end, who it happens to, and how long it’s gonna take.

Pantsers (they “write by the seat of their pants”) are either bored by the notion of plotting, or do feel restricted by it (so you might say they come in two kinds *vbg*). They think the big picture, or they know how to start and are impatient to get going, so they just do. Take an arbitrary selection of characters, write about them, and see where their story takes them. They might think two or three scenes, or chapters, ahead, or they may just start writing whatever comes into their head. This is sometimes referred to as “discovery” writing, because you discover what the story is about as you’re writing it.

Which is perfectly fine, if that’s how you roll. For me, the immediate worry is that there would be another kind of discovery. Reaching the end of the story and “discovering” that there was a better way to write it. You had need of another character, or two. Or maybe there was a huge slump in the middle when not much happened, which you could have avoided if you’d thought about it in advance. Or while editing, you spot a plot hole. Something in the second half doesn’t work because of something in the first half. It might be a quick fix, or it might need weeks of rewriting, or – oh my God – it might derail the story entirely.

As you may have guessed, I’m a plotter. I’ll be honest, I don’t really enjoy the process of plotting. It’s hard work, ironing out all those wrinkles, laying out the beats, constructing the character arcs. But that has to be done anyway, in any good story, whether you do it up-front or on-the-fly. And although it feels like hard work at the time, I have to believe it’s not as hard as going back over the work and (re)doing it at the end. I like where a completed plot puts me – in control of the story. I don’t look on it as being “restricted”, in fact quite often I’ll find the characters taking themselves in unexpected directions (another common writing trope), but I am always safe in the knowledge that those new directions still travel towards a known point in the story and that the final “thing” will hang together in the way I intended.

Blogging will continue until morale improves!

Which appalling pun – a complete misrepresentation of the more usual memetastic version – is my way of saying that there isn’t anything here right now, but there very well may be in the future, so check back on a semi-regular basis. No promises.